High altitude flights, thermal flights, group and team events, couples flights. On this page we have summarized all the information and the costs of your flight.

We fly daily – all year round.

Video and flight photos are already included in all indicated prices.

If there is no good flying weather on the booked flight day, you will not incur any costs 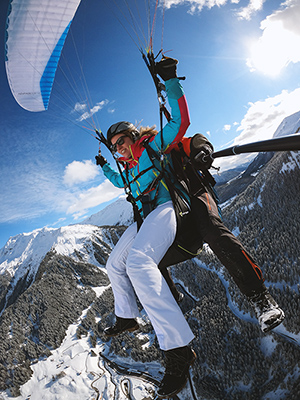 With the Jakobshorn in Davos and the Gotschnagrat in Klosters we have two perfect flying mountains in the region for our flying adventures. For decades and far beyond the canton of Graubünden and beyond Switzerland, the Davos Klosters region has been very popular with paraglider pilots.

Almost from the beginning of paragliding, the colourful wings can be seen  in the skies above Davos Klosters. Whether cross-country flying, freestyle or acrobatic flights, hike&fly or speedflying: almost no flying dream remains unfulfilled here.

The toughest adventure race in the world, the Red Bull X-Alps also made a stop here in 2019 and provided unforgettable paragliding moments. The Paragliding World Cup also landed at the Bolgen landing site in Davos in 2021 with almost 100 pilots.

In the year-round flight area, we offer you the possibility to dive into the world of paragliding during a tandem flight.

Our most popular tandem flight starts either in Davos on the Jakobshorn or the Gotschnagrat in Klosters. In front of a breathtaking mountain scenery we have about 1’000 meters of altitude for our flight. You should plan about 2 hours for the whole event (incl. cable car ride). The airtime is between 15 and 35 minutes (depending on wind and thermal). Enough time to feel free as a bird. Video&photos included in the price. 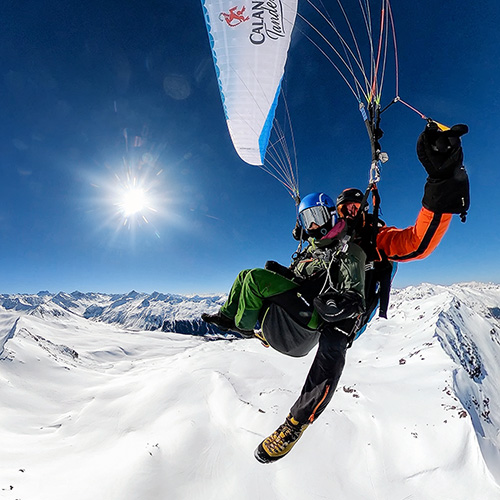 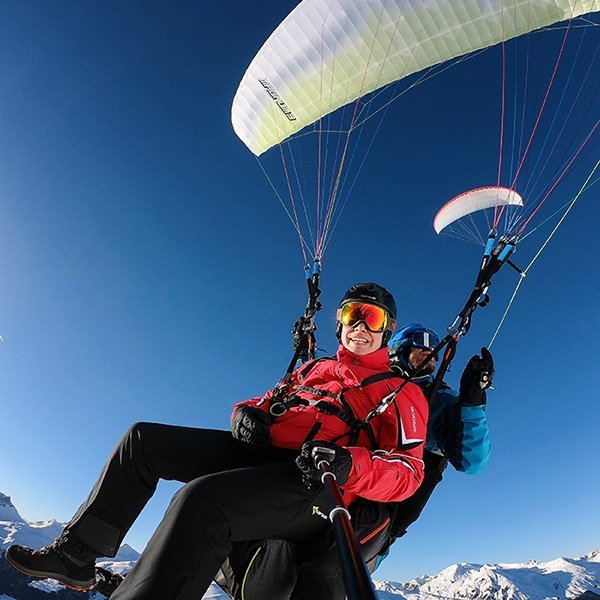 Happiness is only real when you share it! Fly together. 2 pilots will take you in the air at the same time with your life partner, friend, colleague or relative. Indicated price for 2 persons. Compared to single booking you save CHF 20. Video&photos included in the price!

We take advantage of the calm and pleasant flying conditions in the early morning and start for a morning flight. The meeting point is shortly after 8 at the Jakobshorn valley station.

This flight is perfect for a ski start as well. Video&photos included in the price! 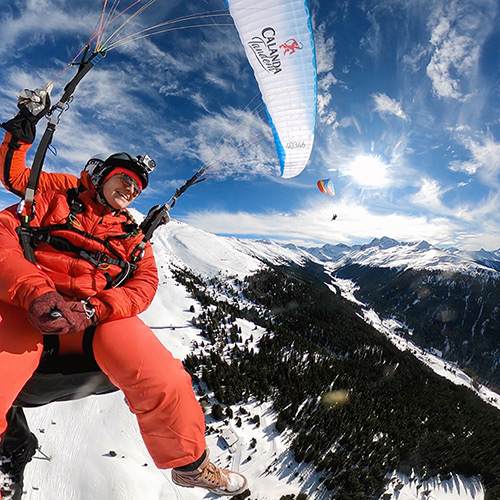 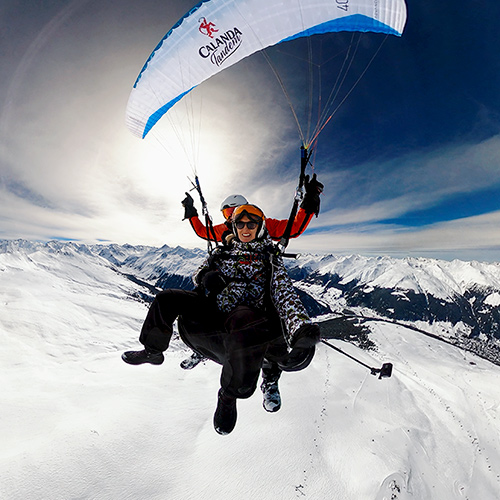 We take off in optimal weather and thermal conditions and let the air and wind carry us up. The airtime is about 35 – 60 minutes. Video&photos included in the price.

You are an adrenaline junkie, love roller coasters rides and want to experience a special kick in the air? Then our adrenaline offer is just right for you. From the launch site we head as fast as possible towards the center of the valley where we fly wild freestyle and acrobatic maneuvers. 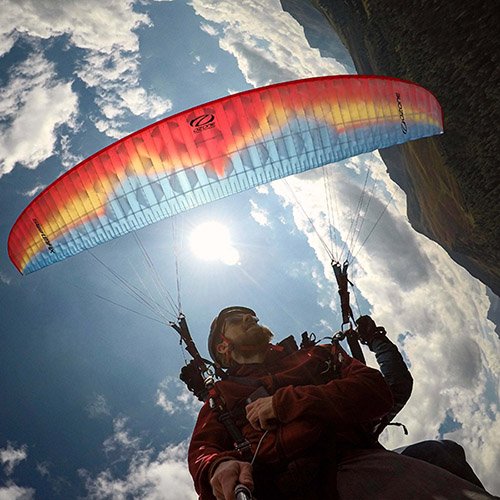 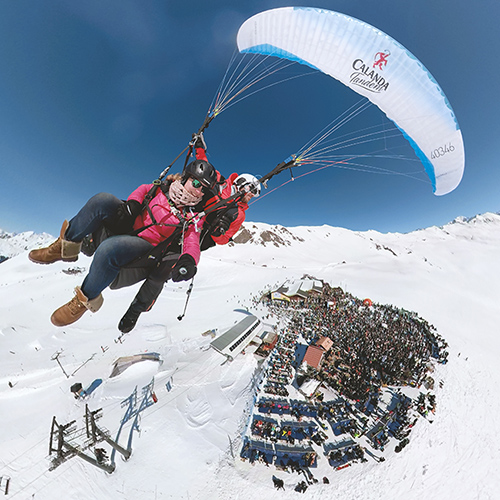 Flying for half a day. Depending on weather conditions, we will perform a long flight or take off twice. Video&photos included in the price.

Unlimited flying. This all day flying experience allows you to get a real insight into this fascinating sport. We fly the whole day from the first to the last ride of the cable car. Depending on the season and wind conditions this day includes thermal and cross country flights. Video and pictures included. 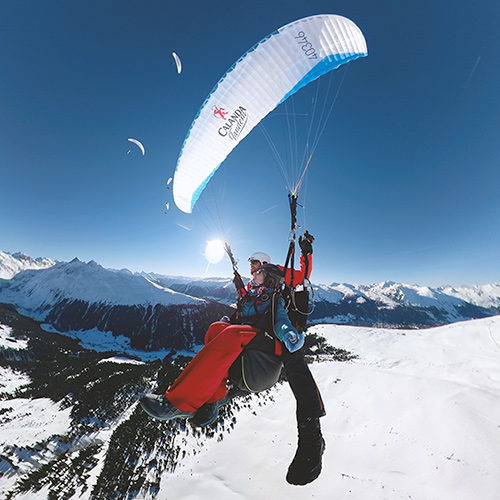 Take off and fly in winter with skis. The combination of flying and skiing – a unique experience. Our launch sites are located in the middle of the ski area. How about enriching your ski day at Jakobshorn in this very special way? Video&photos included in the price!

Hike and Fly Paragliding: Upon request

Mountain biking and paragliding now as a combination! Enjoy an action-packed day in the mountains of Davos. In the morning you will make a tandem paragliding flight with your professional tandem pilot from Air-Davos Paragliding. The breathtaking alpine scenery and a total height difference of approx. 1,000 meters will make you feel free as a bird. Your personal bike guide will meet you at the landing site. He will show you the best trails in Davos (adapted to your level of knowledge) and give you valuable riding technique tips. On request, bikes or e-bikes can also be rented at special rates. 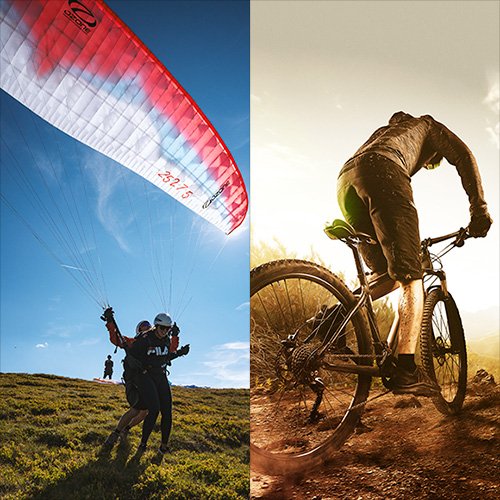 The prices shown are for flights in Davos or Klosters excl. costs for mountain railroads. After the flight we accept cash, Twint or card payment:

Unless otherwise agreed, you will meet your pilot at the Jakobshornbahn valley station and then take the cable car together to the summit, where our launch sites are located. Once at the top, the pilot will check the weather situation (especially the wind) and decide from which launch site to start. Before take-off you will receive a detailed briefing about the flight procedure (including take-off, flight and landing). In summer our landing site is located directly in front of the Bolgen Plaza restaurant. In winter we land near the valley station of the chairlift Carjöl.

You should plan about 2 hours for the whole flight including the ride on the mountain railway and the preparations for take-off. The air-time is between 15 and 45 minutes (depending on thermals and wind). 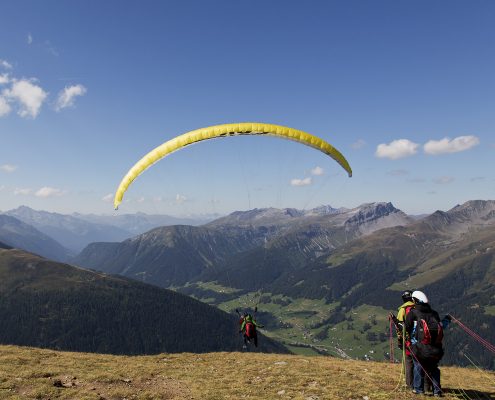 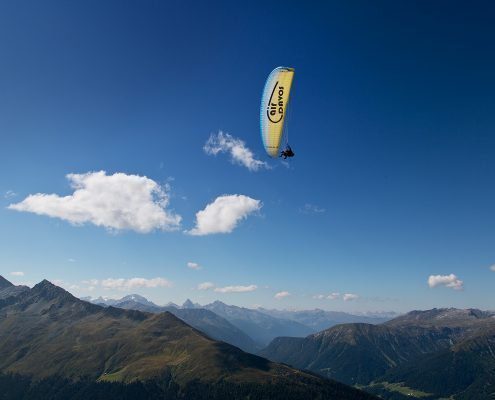 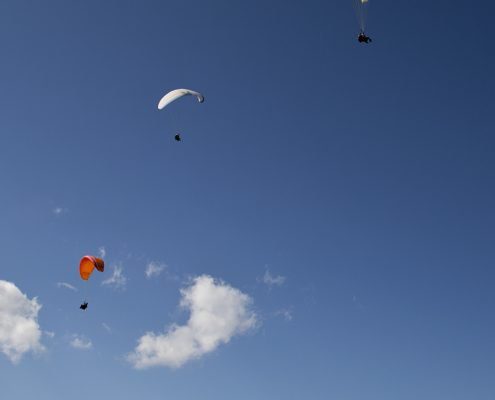 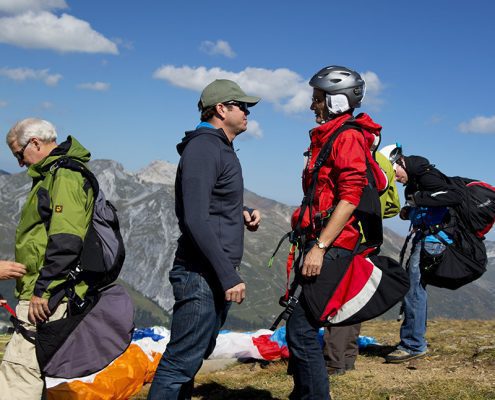 You would like to take off together with your team? We often fly larger groups and can rely on a large number of licensed tandem pilots. And if the weather should be too bad to fly, we can offer a suitable alternative program through our partners, so that you can still hold your event. Contact us for an individual offer. 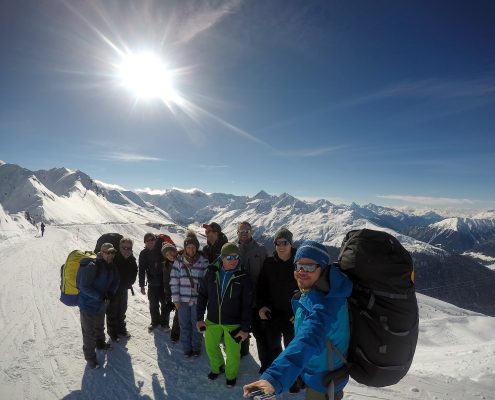 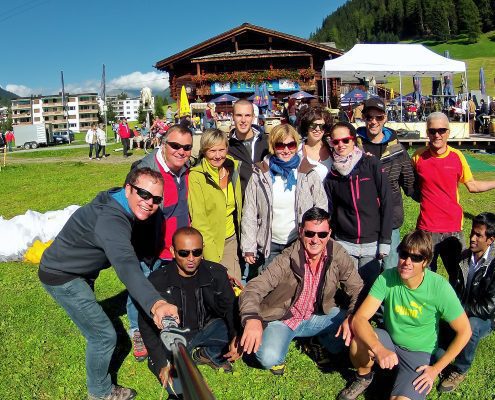 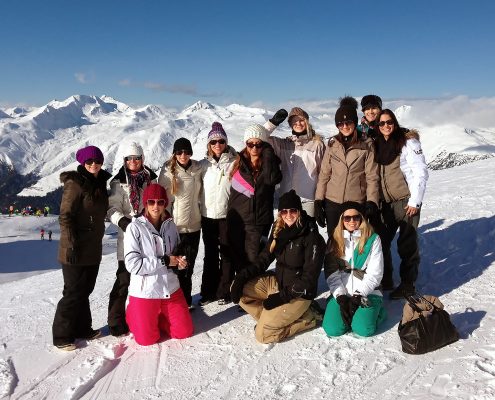 We can take children from the age of about 5 years (depending on height and weight). For the greatest possible comfort and safety, we have a special children’s harness (SupAir Kinder) in use. With the Gin Yeti Tandem 3 we have a special small glider, which flies safely even with very little load. 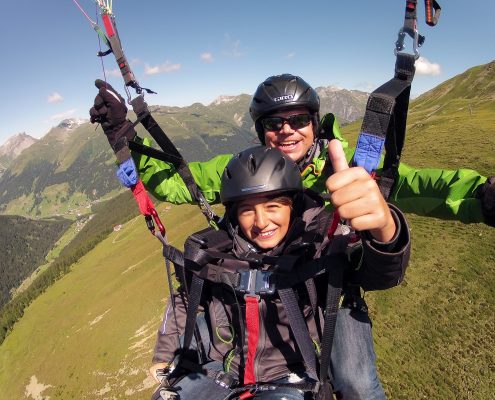 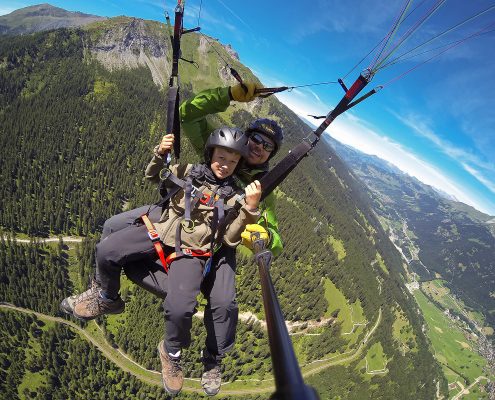 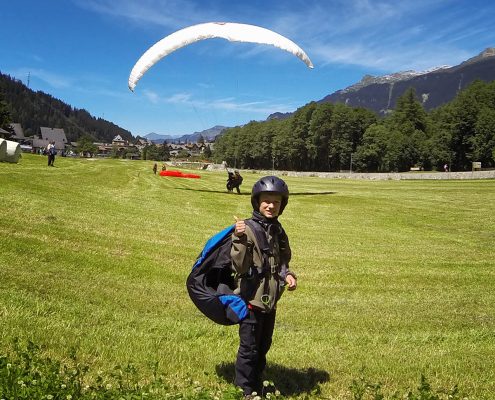 Safety: Your safety is our top priority

We use only the latest material, which is regularly checked and has good safety reserves. For example, our seat belts are equipped with a high-performance protector. We have of course all licenses and authorizations required by the FOCA (Federal Office of Civil Aviation) to perform passenger flights. We carry an emergency parachute on every flight.

With all our flights your flight photos as well as a video are already included in the price. Your pilot always has a action cam with him. On the evening of the flight day we transfer video&pictures to our Dropbox and you will receive a link for download. Alternatively we create a CD. During the flight you are also welcome to make your own videos or photos. For your SLR cameras we offer you a special flight-ready bag. Thus, your equipment is optimally protected during take-off and landing.

The most important thing are good shoes, preferably hiking boots. In winter, a takeoff with ski- or snowboard boots is possible without any problems. Because you are directly exposed to the wind it is recommended to bring warm clothing (e.g. windproof jacket, gloves in winter) for your flight. You will receive a suitable helmet from us, but you can also bring your ski helmet.

We are happy to take passengers under 18 with parental consent. There are no limits upwards as long as you feel fit and can run a few meters.

You will have to run a few steps during takeoff and landing. The rest of the flight does not make any special demands on your fitness.